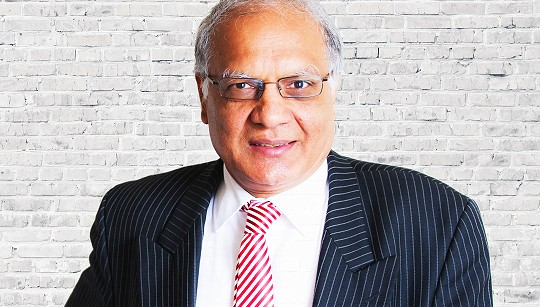 Ram, a Solicitor and Director of the company is to be awarded an honorary degree from The University of Bradford.

Ram who heads up the Dispute Resolution Department is one of eight inspirational figures in the Bradford community who will be honoured at the graduation ceremony on Thursday 5th December. Ram is a well respected member of the legal profession in the city where he has worked for many years. He has a broad range of expertise in Dispute Resolution and in particular is an Employment Law Specialist. He was appointed as a Conciliation Officer by The Law Society in 1998 which involved him in assisting with complaints against solicitors. He is presently an External Trustee on the Board of The University of Bradford Union of Students. Ram has been helping students for about 27 years and was delighted by the news when he learned last year that he had been nominated.

Robert Anderson, Managing Director at RDC Solicitors commented, “We are delighted that Ram’s contributions to the University are being recognised in this way. We are very proud of his achievements and as a company we send him our warmest congratulations”.

Back to latest news

If you have any questions, feel free to get in touch with us...

Good Luck to all those shortlisted at the @IlkleyBizAwards tonight! Have a wonderful evening and don't forget you… https://t.co/Og44h8spre

We are proud to support @MarieCurieWYrks this March. Follow the link https://t.co/HYDXMuPuXF for more details and… https://t.co/qrTdMP4fMN

It's Feedback Friday!! Thanks to Symphony Financial Advisers for their kind words. #Teamwork #Feedbackfriday… https://t.co/XLhV656jAD

We are proud to be supporting Alzheimer's Research UK as our charity of the year. Follow the link to donate today… https://t.co/Kyjkf8saz7

From employment law to property transactions and from family services to dispute resolution, as well as wills, trusts and probate, find out more about how our services can help you...

Find out how the latest industry developments could affect your individual case, hear about special offers that could benefit you and read about our firm achievements...

Client satisfaction has always been high on our list of priorities and we pride ourselves on positive feedback. Find out why our clients choose RDC and how they have benefited from our services...

At RDC Solicitors you will only deal with experienced professionals who are committed to getting results for you, the client. We will communicate with you in a straightforward way...

Whatever your legal issue, we have a specialist who can help. All of our solicitors are experienced, qualified professionals, who offer a friendly approach and jargon-free communication...

RDC Solicitors is a trading name of Read Dunn Connell Limited registered in England and Wales with Company Number 9559492.
Registered office: 30 Park Road, Bingley, Bradford BD16 4JD. We are solicitors practising in England and Wales, authorised and regulated by the Solicitors Regulation Authority. SRA Number 622886. A copy of the SRA Standards and Regulations can be found at www.sra.org.uk.. VAT No: 708421255
Terms of Business/Privacy page. Diversity Data Copyright © 2020 RDC Solicitors. Design by Planet Media.